This posed an interesting problem….. How does one approach someone, saying ” May I please cast your belly to display in shops?”….. that’s just very awkward!!
Well, we did as the uncomfortable question. a few gave strange looks, but one very brave lady, kindly agreed.

To put her at ease, I insisted that she bring along people who she trusts. I thought this was going to be a girly party, but when I arrived, with my whole craft kit, I was greeted by her boyfriend and bouncing teenage cousin.

After some re-adjustment, we finally had her comfortable and i got to work. The process is not comfortable for a mom to be, especially at 30 weeks. She gets goes stuff poured over her, it’s heavy and gets cold. Removing all the material, once it’s set, takes some of those fine hairs along with it. (an extreme for of exfoliating !!!) 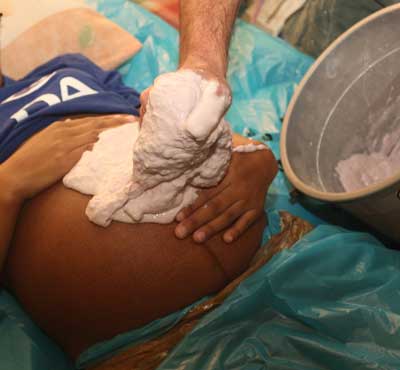 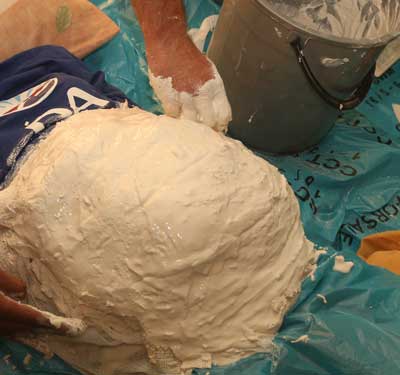 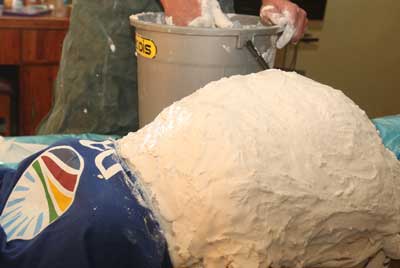 I spent about an hour with her, doing the best to keep her feeling safe and comfortable, all the while, working as quickly as I could.
Once the mould was removed, she went off for a hot bath, while i cleaned up and finished the mould. Then it was time to pose for a few photos. 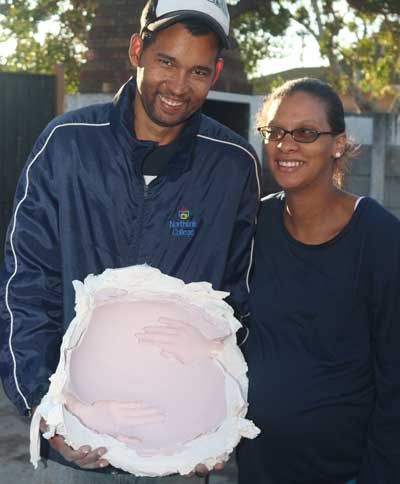 Back at home, I immediately got to work making the cast. This involved lots of plaster and mess. An hour later it was remoulded and then the hard work started.

Here are some earlier pics of a previous pregnancy cast: 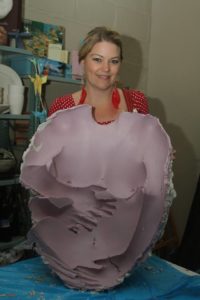 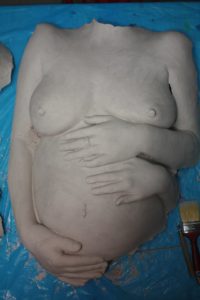